“A clever smuggler came to the border with a donkey. The donkey’s back was heavily laden with straw. The official at the border was suspicious and pulled apart the man’s bundles till there was straw all around, but not a valuable thing in the straw was found. “But I’m certain you’re smuggling something,” the official said, as the man crossed the border.

Now each day for ten years the man came to the border with a donkey. Although the official searched and searched the straw bundles on the donkey’s back, he never could find anything valuable hidden in them.

Many years later, after the official had retired, he happened to meet that same smuggler in a marketplace and said, “Please tell me, I beg you. Tell me, what were you smuggling? Tell me, if you can.”

This old tale eloquently illustrates the mere fact that sometimes the most obvious truths or solutions are right in front of our eyes. Yet, somehow we manage not to see them.

Interestingly enough, this is true both figuratively speaking about how we solve challenges, and anatomically the way our eye is literally constructed. The fovea in our retina carries a very concentrated focused sight area. 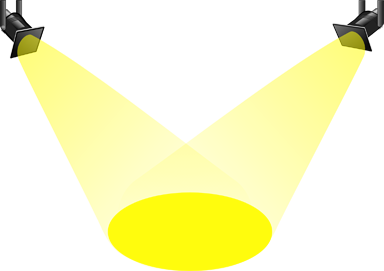 Metaphorically, is as if your eyes emit high-attention spotlights. So objects that are located outside the focus area are less noticed. Magicians are known to leverage this fact by focusing audience attention on unimportant focus areas while executing their trick on the sidelines.

Having worked in digital marketing my entire career, I have noticed a new landscape slowly but surely emerging – visual storytelling. This uncharted terrain, in my opinion, is the result of the convergence of new and old communication frameworks.

“AND, BUT…THEREFORE: Every story can be reduced to this single structure.”
– Randy Olson 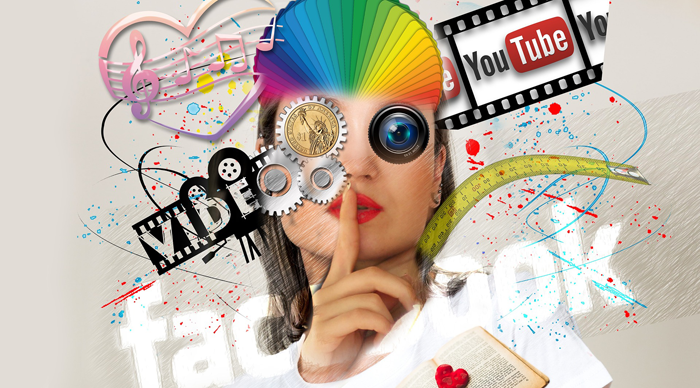 The rise of the Visual Web

The story behind visual storytelling

New, is the rise of the “visual Web.” 71% of users are now accessing social media from a mobile device, which unleashes massive visual content production and consumption (source: Adobe). Think of the usage spike on visual social networks like Instagram, Snapchat, YouTube and the imminent tidal wave of virtual reality and augmented reality. More than 84% of communication will be visual by 2018 (source: Cisco Systems Inc). These usage patterns we see, are empowered by the human brain’s innate processing preference for visuals over text. 40% of people respond better to visual information than to plain text (source: Zabisco).

Indeed, new media is a relative term that is in constant flux, which most definitely will deem the above as old news fairly quickly. The same road, another visual media has already tread on—TV advertising—the first official paid TV commercial that broadcasted with great fanfare in the United States on July 1, 1941, was for Bulova watches (source: Adage).

The first official paid TV commercial that broadcasted in the United States on July 1, 1941, was for Bulova watches (source: Adage).

However, fast forward and 2017 is expected to be a milestone for ad spending, as total digital ($77.37 billion, or 38.4% of total ad spending) surpasses TV ($72.01 billion or 35.8%) for the first time, according to eMarketer’s newest quarterly ad spending forecast. The common threads are the visual characteristics, but the delivery vehicles or media pipes that redefine the roles of producer and consumer are changing.

Like any good story, we need the BUT, the conflict to move the story forward.

In our case, with all the benefits visual content carries, this landscape is mired by rapidly decreasing user attention span. By now, I bet you’ve all heard about the Microsoft study that revealed that with the information explosion, human attention span is dwindling and in fact 1 second shorter than goldfish.

These opposing trends, marked by increases in visual content consumption and production, empowered by the human brain’s innate processing preference for visuals over text, but mired by rapidly decreasing user attention span – leave businesses of any size struggling to have their voices heard in today’s overcrowded and commoditized attention economy. 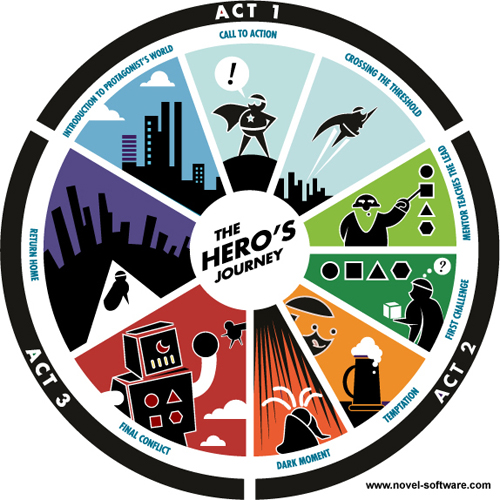 I get the fuss about visual media, but how does storytelling help?

And here is where an old communication framework comes to save the day in this new landscape. I am talking about the timeless art of storytelling. Beyond being a hot buzzword these days, here is more context. Some of you may have heard about mythologist Joseph Campbell’s 1949 seminal book “The Hero with Thousands Faces” that compared myths from around the world and revealed a common 17-steps hero’s journey they all include. His influential contribution impacted Hollywood and the way filmmakers are taught to create compelling stories to this day. In fact, George Lucas’s Star Wars was one of the early adopters. 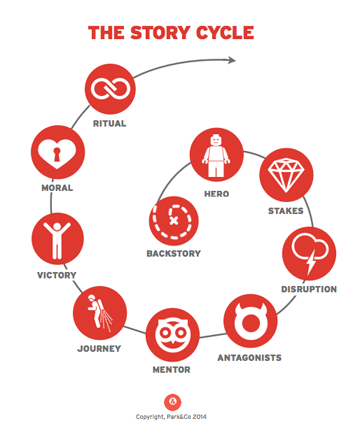 Stories have always been around, what’s different today?

True, advertising has always used stories to drive attention. The difference is that today with the advent of new and fragmented visual delivery platforms, the democratization of access, and the resulting cacophony of voices, marketers have rediscovered business storytelling as a way to differentiate their message. Great examples include the great work of Park Howell in his popular podcast “The Business of Story,” who condensed Joseph Cambell’s 17-steps into 10-step Story Cycle B2B marketers could apply when developing their own brand story or external campaigns. Another perspective came from Simon Sinek’s famous TED Talk: “People don’t buy what you do; they buy WHY you do it.” These are all audience-centric narrative approaches that place the customer as the hero and the brand – as that trusted mentor that supports customers along their journey battling “dragons” offering their product/service as an integral and contextual resolution to the story.

How do you weigh the message vs. the medium?

Looking at the evolution of effective communication, regardless of the technology of the day (medium), the story (message) always wins. That said, you don’t spray and pray blanket stories all around as each story carries a distinct visual grammar – form driving function – that pertains to a specific visual delivery platform to maximize audience resonance. Think of salient story makers such as Apple or Red Bull that skillfully convert their audiences to revved-up storytellers. This way not only they manage to rise above the noise but also have their audiences evangelize their message on their behalf.

“The task of marketers today is no longer to sell the drill, nor hole in the wall, but to sell the experience of making that hole or the lifestyle the hole enables us to.”
-Rolf Jensen

This conflicted environment or “negative floor” per story mentor Robert McKee, to me was the realization that visual content great as it is, is not enough, you need a compelling story to break through. And yes, you may say that was my call for adventure.

My Call for adventure 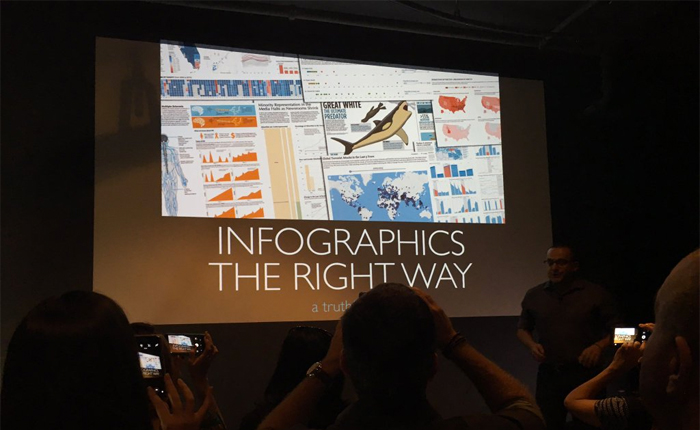 Yesterday, to a full house, we kicked off VSI in Wynwood – Miami’s famed Arts District, featuring Alberto Cairo from the University of Miami sharing actionable tips about infographics and data visualizations. One of my favorite tips Alberto shared, which nicely aligned with VSI vision: When creating infographics, always put your audience in the center of the infographic and make the story personally meaningful and useful. We will share a video of our inaugural event in the next couple of days, as part of VSI Stories series.

Visual Storytelling is a 24/7 broadcasting network we all share

Speaking of stories, if you look around, you’ll see that we’re practically surrounded by stories we either create or consume to make sense of the world around us. These stories always carry objective and subjective meanings. Objective or denotative meanings represent widely accepted truths and subjective or connotative meanings represent meanings that are generated from our personal experiences and belief systems. Savvy communicators know how to craft a well-researched story with a single message, attached to a vivid visual that hits their audience’s emotional nerve – both on the widest normative level and by triggering some personally meaningful sizzle.

So what’s your story?

This is post originally appeared at Visual Storytelling Institute.

Why We’re Redesigning the Alphabet, One Letter at a Time